Meet your guide in Dubrovnik’s Old Town, and set off on a stroll, seeing some of the filming locations used in Game of Thrones – it’s a unique experience.

The popular HBO TV series, adapted from George Martin’s A Song of Ice and Fire novels, documents a war waged by several noble families for the Seven Kingdom’s Iron Throne in the mythical land of Westeros. While the series itself is filmed in various European locations, Dubrovnik is now the official setting for King’s Landing – the capital of the Seven Kingdoms realm. When the US production company behind the Game of Thrones series picked Dubrovnik as the setting for the capital city of Westeros, King’s Landing, they could not have chosen better. The Old Town is so stunningly striking that it seems to have leaped directly from the paged of George R.R. Martin’s addictive series of novels. It is no coincidence that Dubrovnik was also a capital city in its own right – of the now extinct Republic of Ragusa.

Visit all key GoT shooting locations

One of the reasons why Dubrovnik was chosen to represent King’s Landing was producers’ desire to show more external shots of the coastal city surrounded by the city walls which made Dubrovnik a perfect candidate. On this tour you will be taken through all the parts of the Old City where some of the most memorable scenes from the ongoing cultural phenomenon were filmed, including these locations:

*The Pile Gate where King Joffrey was faced with citizens’ riot and pelted with dung and where Jamie Lannister returns back to King’s Landing without his hand.

*The Lovrjenac fort was used as a setting for a location known as the Red Keep, where king Joffrey celebrated his name day.

From Purple Wedding to Walk of Shame

Tour also includes story about filming locations outside Old Town of Dubrovnik like Gradac park (Purple wedding setting), Island of Lokrum (City of Qarth), Belvedere atrium (trial by combat) and Trsteno arboretum (King’s Landing gardens) while you stroll Jesuit steps (Walk of Shame), Museum Rupe (Pleasure house, brothel) and enjoying the views of Lovrjenac (The Red Keep), Bokar and Minčeta forts (House of the Undying) while being shown the last scene from Pile harbour where Jon Snow says goodbye to Stark family and leaves King’s Landing. You will get travel tips on other Game of Thrones locations in Croatia like Split, Klis, and Šibenik.

Of course, the people of Dubrovnik are also fiercely proud of their own fascinating history which your guide will also inform you about, alongside the Game of Thrones commentary.

All of the filming locations and commentary from your local guide will be accompanied by large A4 sized photos that show the screen-shot from the appropriate episode and what took place. 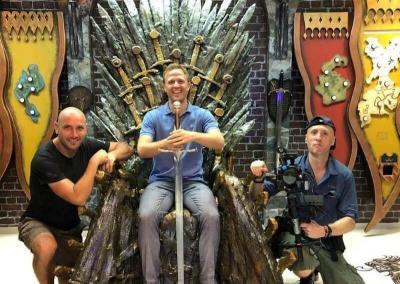 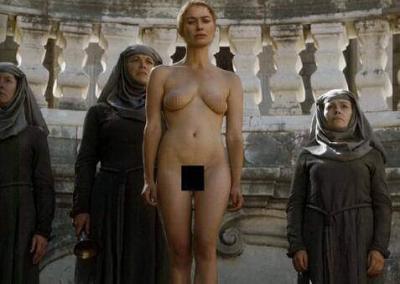 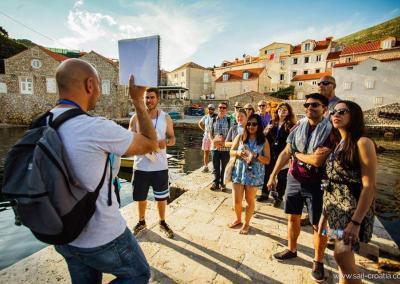 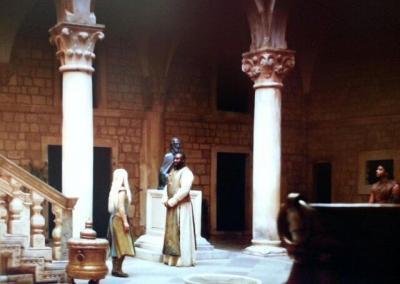 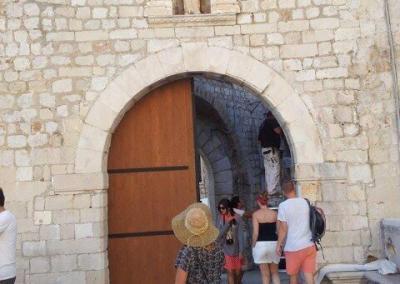 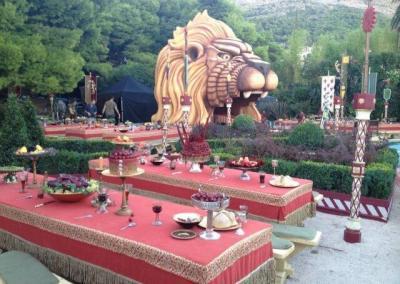 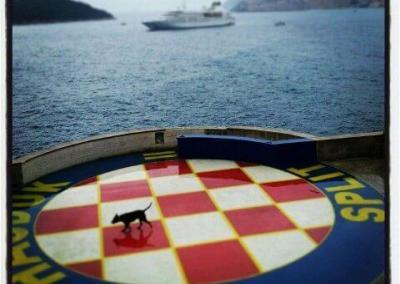 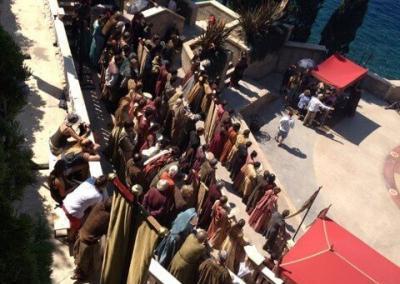 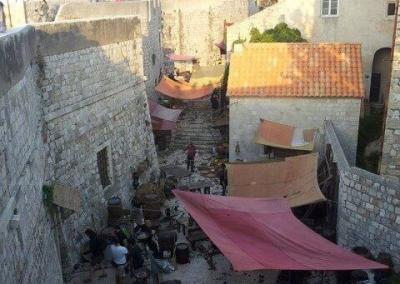 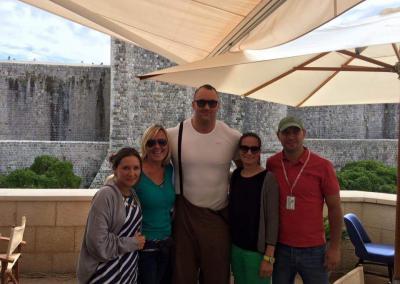 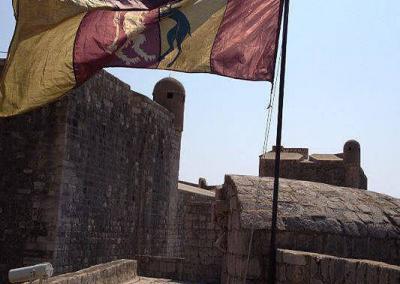 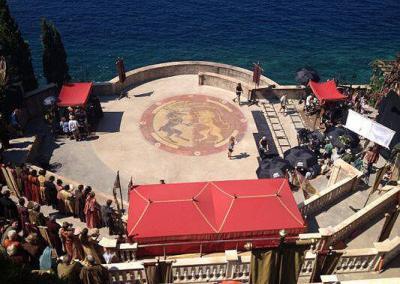 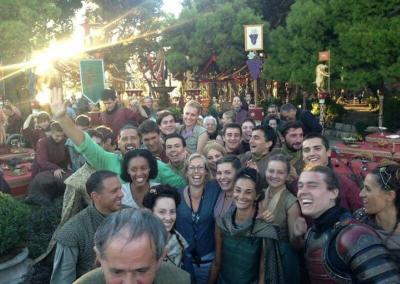 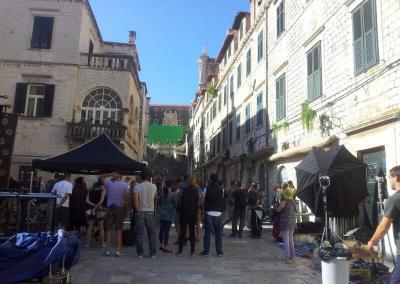 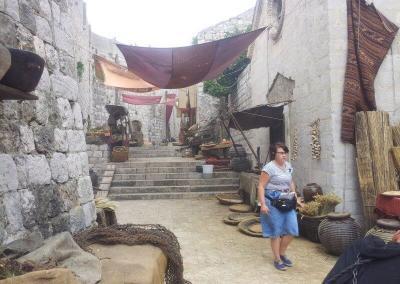 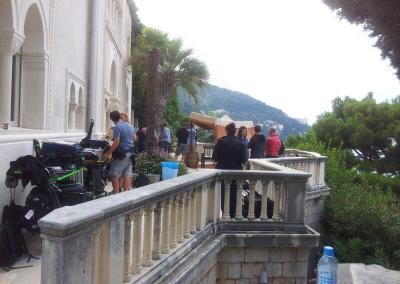 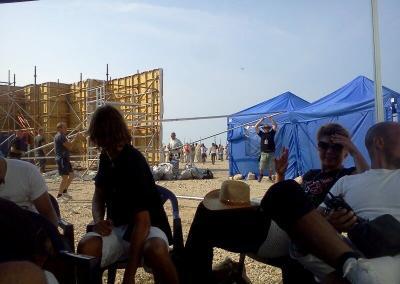 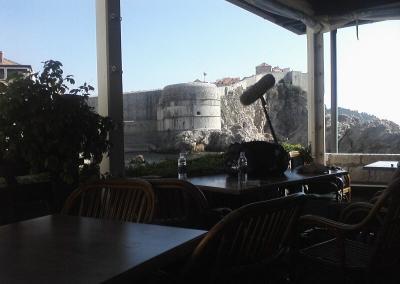 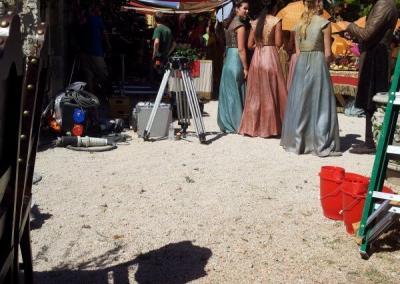 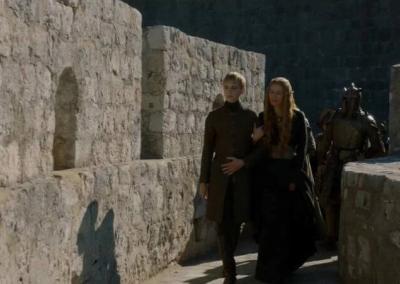 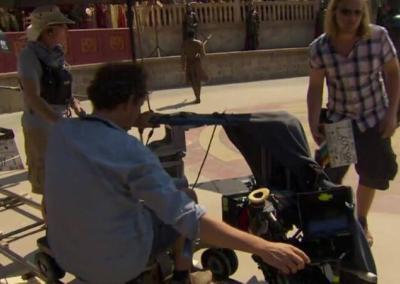 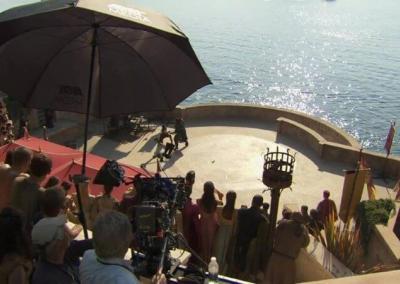 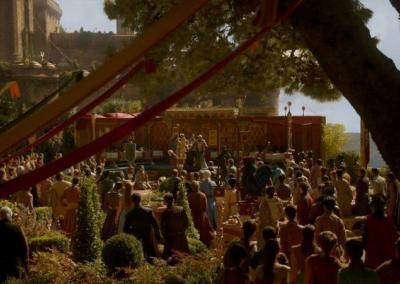 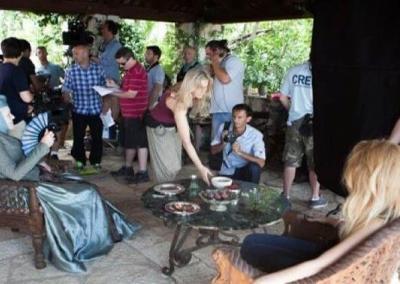 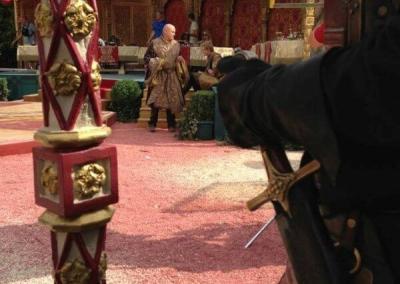 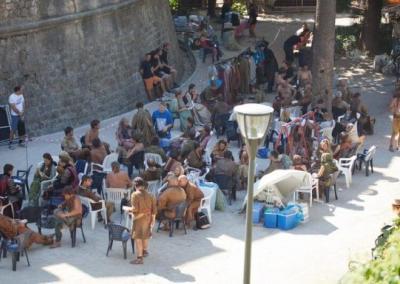 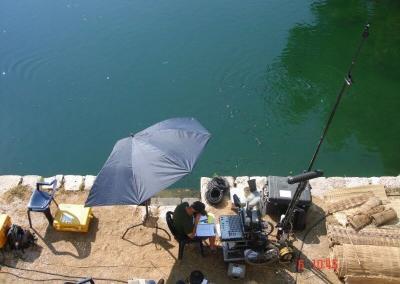